Home / Three guilty of smuggling people into the UK – Hampshire 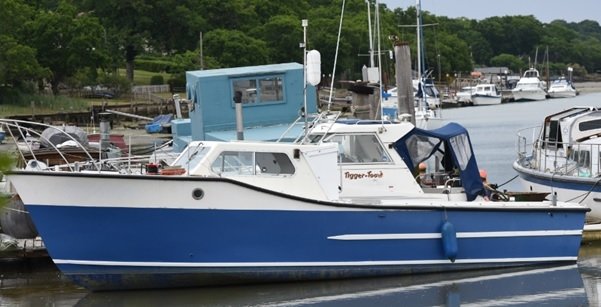 Three men have been convicted of organising crossings across the English Channel to smuggle people into the country.

Stephen Redhead, aged 47, of Horsbridge Hill, Newport, Isle of Wight, and Christopher Barber aged 55, of Landguard Road, Shanklin, Isle of Wight, have today (4/3) been found guilty by a unanimous jury of conspiring to do an act to facilitate the commission of a breach of UK immigration law by a non EU person, contrary to the Immigration Act. Their convictions following a seven day trial at Portsmouth Crown Court.

On 17 March 2020 Labelle travelled to Cherbourg, France, on board a 70ft ketch yacht named ‘Anore’ with Redhead and Barber. They returned to East Cowes Marina in Hampshire on 19 March 2020 with 10 additional people who are suspected to have been migrants entering the UK illegally.

CCTV was examined showing the migrants alighting the vessel and a report was made to Hampshire Constabulary following the incident, before being passed to officers from the South East Regional Organised Crime Unit (SEROCU) to investigate. The migrants are believed to have been in the UK but have not been able to be traced due to the incident being retrospectively reported.

Between 26 June and 27 June 2020, Labelle organised another journey using a small boat named ‘Freedom’. On this occasion he was unsuccessful and the vessel used was intercepted after a joint operation with SEROCU, the National Crime Agency and French authorities.

Six Albanian nationals were found to be on board along with two criminal associates who were subsequently prosecuted in France. Checks established that the Albanian nationals did not have the necessary pre-entry clearance needed to enter the United Kingdom.

Labelle, Redhead and Barber were charged with the offence on 25 May last year.

“Today’s convictions are the result of detailed investigation into people smuggling.

“We know the dangerous that people face being smuggled across the English Channel and we know tragically, this and other methods can have lethal consequences.

“We continue our work to tackle the people smugglers who seek to exploit UK borders and treat migrants as a commodity to be profited from, with no regard for their safety.”

Redhead was remanded in custody and Barber was released on bail until sentencing.

The defendants are due to appear at Isle of Wright Crown Court for sentencing on 18 March.

Images and video from the trial are available. Please contact the us on CTPSESEROCUMedia@thamesvalley.police.uk to get a copy.