A court has ordered the forfeiture of almost £150,000 seized from a passenger at Gatwick Airport, following an investigation by the South East Regional Organised Crime Unit (SEROCU).

On 27 September 2018, Mohammed Zainulabdeen, aged 52, from Sri Lanka, was travelling to Sri Lanka when he was stopped and spoken to by Border Force officers at Gatwick before he boarded his flight.

When he was asked if he had had been given anything by anyone to take out of the UK, he replied ‘no’. He gave the same reply when asked if he had cash with him. He was also asked if he packed his own case and he replied “yes.” He then volunteered that a friend gave him some parcels. When his luggage was searched, officers discovered nine plain white envelopes wrapped in floral bedding and taped together with masking tape. Upon examining the envelopes, they discovered cash totalling £149,960.

Following an investigation by financial investigators from SEROCU, the passenger claimed the cash did not belong to him.

However, police were contacted by Mohan Subramaniam, aged 47, of Ranelagh Road, Wembley, who claimed the money was his. He asserted he was a goldsmith and a craftsman running a bespoke jewellery business and the cash had come from sales of gold. When asked to whom he had sold the gold, he provided the names of two gold dealers in Hatton Garden, London’s Jewellery Quarter.

Officers carried out enquiries with the firms and established they had not purchased any gold from Subramaniam. The accounts for his firm also failed to show any related transactions.

Subramaniam also claimed he passed the cash to the original courier in the Hatton Garden area on 26 September 2018, but enquiries established that he was in Sri Lanka at this time so could not have done so.

At a cash forfeiture hearing on Friday (2/7) at Brighton Magistrates’ Court, an order was made for the cash to be forfeited under the Proceeds of Crime Act 2002.

Senior Financial Investigator David Chave, from SEROCU’s Regional Economic Crime Unit, said; “Legislation allows for the seizure and subsequent forfeiture of cash, where we can satisfy the court it may derive from criminality, or is intended for use in crime.

“Removing the benefit from crime disrupts criminals, affecting their ability to function as effectively, and is an important tool for law enforcement in the fight against organised crime.

“We continue to work in partnership with Border Force and other agencies in our efforts to remove assets from criminal hands and, this demonstrates our determination to disrupt criminality.” 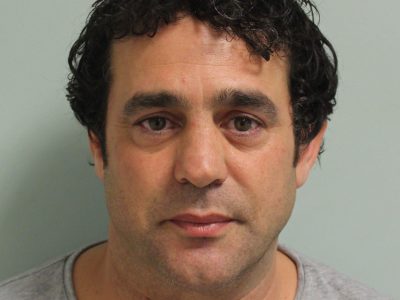