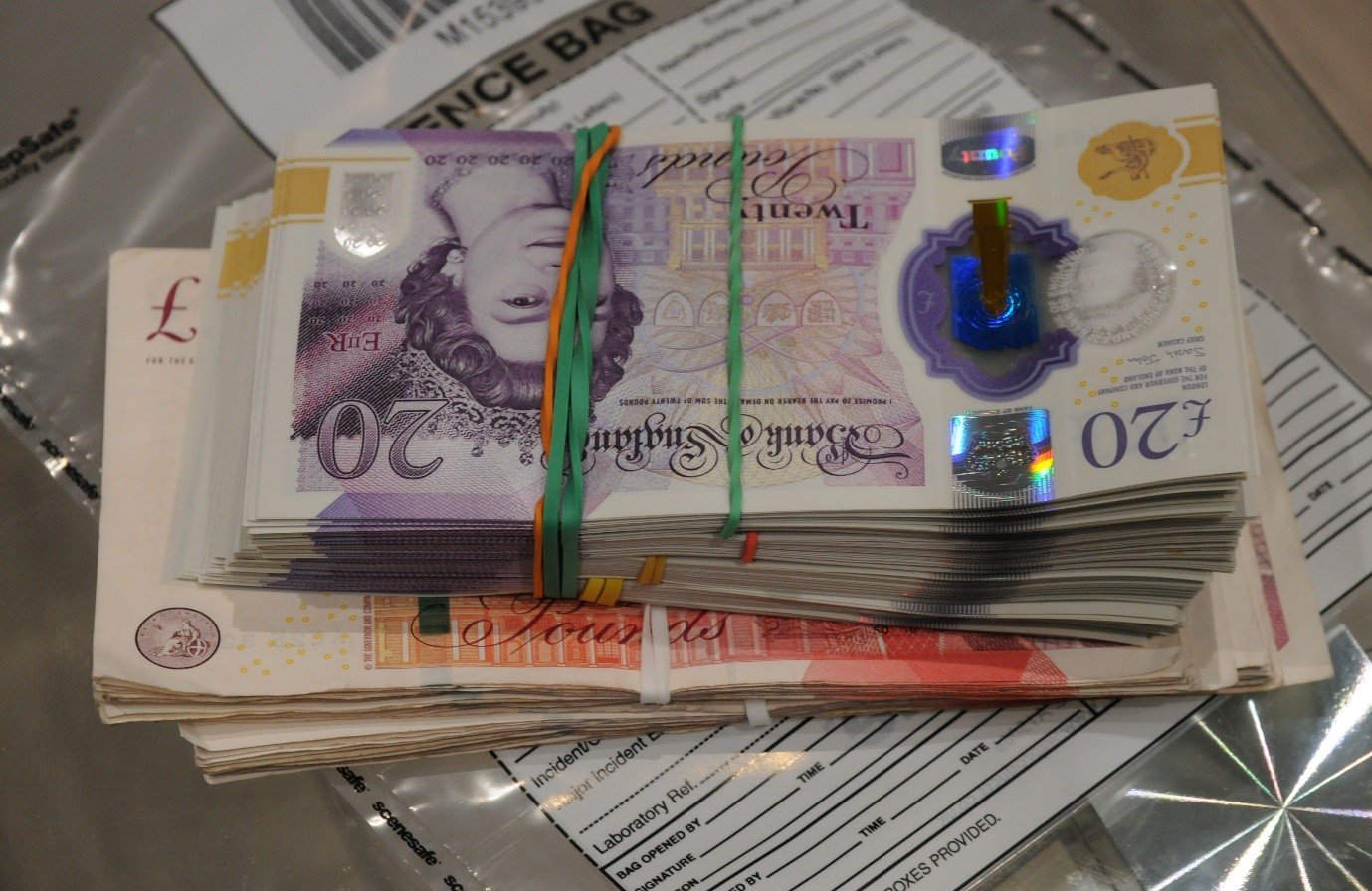 The South East Regional Organised Crime Unit (SEROCU) and forces in the region have conducted a series of operations as part of the biggest UK law enforcement operation targeting serious and organised crime.

The National Crime Agency (NCA) has been working in partnership with every Regional Organised Crime Unit and police force both in the UK and overseas, as part of Operation Venetic which is previously unmatched in scale in the UK.

To ensure success, details of this operation have, until now, been withheld.

UK law enforcement has made a massive breakthrough in the fight against serious and organised crime after the takedown of a bespoke encrypted global communication service used exclusively by criminals.

Thousands of handsets have been monitored, millions of messages have been analysed and intelligence gathered across the country and overseas has revealed the illicit activity of people using this system around the world.

Operation Venetic is the biggest and most significant operation of its kind in the UK.

This international response has allowed police intervention to mitigate a number of dangers such as threats to life, murder conspiracies and has led to a vast seizure of dangerous firearms and illicit drugs.

There has been a series of successful operations targeting prominent criminals.

In the South East, SEROCU and the police forces of Hampshire Constabulary, Surrey Police, Sussex Police and Thames Valley Police have managed to punch huge holes in the regional organised crime network by so far by arresting more than 45 suspects and seizing:

“Operation Venetic, led by the National Crime Agency, has been a success due to the partnership working involved across all of policing, both in the UK and abroad.

“The operations carried out across the South East region would not have been possible without our local police forces involvement and support.

“This has not only been the biggest operation to take place in the South East but the results are deeply significant as well. Not only with the goods seized but also the disruption this will cause to serious and organised crime groups operating in our communities.

“I’d like to take this opportunity to thank the SEROCU investigators and all the forces and officers from across the South East for their tireless work.

“These criminals may have felt untouchable, using a system they thought was under the radar of law enforcement, but this technology is now being used against them.

“A committed joint objective by law enforcement across the country will be to continue to keep one step ahead of these criminals.

“There is still work to be done and SEROCU and our partners are dedicated to pursuing those who are involved in serious and organised crime and will continue to disrupt this criminality and bring those found to be involved to justice.”

Across the region, SEROCU has led a number of operations which has resulted in 68 kilos of cocaine and heroin being seized, as well as more than £1.8 million in cash.

In addition, 20 arrests were made for offences including drug offences and money laundering.

In one operation 65 kilos of cocaine was seized and five people were arrested.

In another £1.2 million pounds of cash was seized in one operation.

Detectives from SEROCU’s Dark Web team conducted a series of drug warrants in London and Wokingham on Friday 19 June.

Across five addresses, eight kilos of cocaine, approximately £100,000 in cash was seized along with 53 digital devices, a number of which were encrypted.

Five men were arrested on suspicion of conspiracy to supply and concealing, disguising converting and transferring criminal property offences.

Across Hampshire, these local operations have resulted more than £600,000 in cash seized.

In addition, nine arrests were made for offences including drugs supply and money laundering.

“We are committed to tackling those organised criminals who bring harm to our communities through drugs supply and its associated violence.

“We will continue to work with our partners at both a regional and a national level to ensure those responsible are brought to justice and that we maximise every opportunity to strip them of their illicit gains.”

In Surrey and Sussex police have so far searched 14 addresses, seized six kilos of illicit drugs including heroin and cocaine, plus £323,000 cash, and have made five arrests all of whom have been released but are subject of further enquiries.

Operations in Surrey and Sussex so far have included;

On 4 May search warrants were executed in Haslemere in Surrey and Midhurst in Sussex. During this, half a kilo of cocaine was seized and more than £260,000 cash was seized. A 38 year old man from Guildford was arrested on suspicion of supplying class A drugs and money laundering offences. He has been released under investigation.

On 7 May, officers stopped a Renault Twingo car in Addlestone and conducted a search. During the search a purpose built hide/concealed compartment was located under the front passenger seat. Within the hide police found cash estimated to be £40,000. A 30 year old man from Weybridge was arrested on suspicion of supplying drugs and money laundering offences and was later released under investigation.

On 8 June a 38-year-old man from Sandhurst, Berkshire, was stopped in his vehicle. Two kilos of cannabis, 1.5 kilos of Class C drugs, and £23,000 cash were seized. The man was arrested on suspicion of supplying a controlled substance and was later released under investigation. He had also previously been released on prison licence part of the way through a sentence for a drug supply conviction, and after officers liaised with Probation he was recalled to serve the remainder of his sentence.

On 19 June officers executed a drugs warrant at an address in St Leonards Rd, Bexhill. Half a kilo of heroin was seized. A man aged 29 and a woman aged 18 were arrested on suspicion of being concerned in the supply of Class A drugs. After being interviewed the man was released on police bail until 17 July, and the woman was released under investigation.

Over the past 3 months a significant operation has been conducted across the Thames Valley resulting in the seizure of over £300,000 in cash, seizure of multiple kilos of class A and class B drugs including cocaine and cannabis, as well as numerous mobile phones recovered suspected to be used in the supply of drugs & firearms.

“Thames Valley Police is committed to tackling serious and organised crime and will disrupt it wherever we can.

“Our ongoing commitment through our Stronghold campaign means that we will work in partnership with the NCA and the South East Regional Organised Crime Unit as well as other police forces and partner agencies to target this type of criminality and also safeguard anyone we find who has been exploited.

“We know how much Serious and Organised Crime and particularly the distribution and sale of drugs impacts on our communities and the harm it does to people across the Thames Valley.

“This joint work has been hugely successful in seizing money, drugs and firearms, disrupting drug dealing operations, but we will not stop there, we will continue to take action to stop those who seek to make a profit from crime and cause harm to our communities.”