A man has been found guilty of a cocaine conspiracy involving vast quantities of the drug being imported into the United Kingdom.

Mark Hobbs, aged 52, of Monks Way Bournemouth, was today (24/5) found guilty of conspiring to supply a controlled drug of Class A following a seven-week trial at Guildford Crown Court.

Richard Lyle, who was on trial alongside Hobbs, was acquitted at the same hearing.

Hobbs had been part of an organised criminal group (OCG) with an agreement to import and supply the Class A drug into and across the UK. Each member of the OCG had specific roles from sourcing cocaine in South America, receiving it in Spain and storing it for onward distribution to the UK.

Specialist officers from the South East Regional Organised Crime Unit (SEROCU) began an investigation in June 2018 – known as Operation Wallace – which involved them engaging with a range of law enforcement partners in the UK and Europe.

During the investigation, officers became aware that a linked investigation was taking place in Spain, where police were investigating the activities of a Columbian drug cartel, which they believed were planning to import more than a ton of cocaine into Spain for onward dissemination to the UK.

The Columbian cartel were seen to meet members of the UK-based OCG in Madrid. This led to an operation between UK and Spanish Police to arrest all offenders and resulted in the seizure of 1046 kilograms of cocaine, valued at £29 million. Three firearms complete with silencers and ammunition were found within the safe-house controlled by the British OCG in Madrid.

In January 2019 Mark Hobbs was seen supplying a bag to someone who was later arrested and the bag found to contain a large sum of cash, believed to be destined for Barcelona.

He was arrested in May 2019 and, when his home was searched, drugs and a large amount of cash were found.

Four other members of the organised crime group pleaded guilty to the same offence at previous hearings at Guildford Crown Court. They were all remanded in custody until sentencing.

Mark Lockyer, aged 34 of Calvin Close, Camberley, organised the international trafficking of ton amounts of cocaine, travelling to Columbia to arrange the shipments. He had access to corrupt officials across South America and Europe and used these contacts to evade detection at ports where the drugs entered various jurisdictions. He operated at a higher level in the conspiracy organising the movement of cocaine on an international scale, negotiated the sale in bulk of cocaine using an encrypted phone and directing others in the enterprise.  He pleaded guilty to his role on the 1 March 2022.

Alan Harris, aged 42, of Boston Manor Road, Brentford, played a leading role in the OCG, organising the movement of large amounts of cocaine into the UK.  He co-ordinated the actions of junior members of the OCG using an encrypted telephone with the nickname KingOfEngland in an attempt to keep his communications a secret from law enforcement. Police were able to access messages which demonstrated the level of his criminality including the importations of hundreds of kilograms of cocaine on a regular basis and the movement of large amounts of cash. He pleaded guilty on 18 February 2022.

Mark Plume, aged 49 of Lampards Close Hook, Hampshire, also pleaded guilty on 18 February 2022. He co-ordinated and arranged the movement of high purity cocaine and heroin. Examination of his encrypted communications demonstrated that he played a significant role in the international supply of drugs.

John Anderson, aged 57, of Town Lane, Stanwell, assisted in the international trafficking of cocaine and onward supply in UK and supplied encrypted handsets to members of the OCG.  He was involved in controlling the finances of the OCG and was responsible for the safe storage of the cocaine seized in May 2019. He pleaded guilty on 8 March 2022.

Senior Investigating officer, Detective Sergeant Peter Blackburn, of SEROCU, said: “Operation Wallace focused on the activities of a sophisticated organised crime group which developed expertise in carrying out illegal activities over many years, evading the attention of the authorities, using tradecraft designed to keep their criminality secret.

“Through the tenacity of the investigating officer, DC Lisa Andrews, the investigation team and other SEROCU capabilities, police were able to lift the veil of secrecy and demonstrate to the court the true extent of the criminality. This investigation shows that SEROCU will employ every tactic available to ensure organised crime groups, such as this, are dismantled. The convictions demonstrate that there is no place for them to hide.”

All of the defendants are due to be sentenced later this year on a date yet to be determined.

Additional officers to tackle threat of serious and organised crime 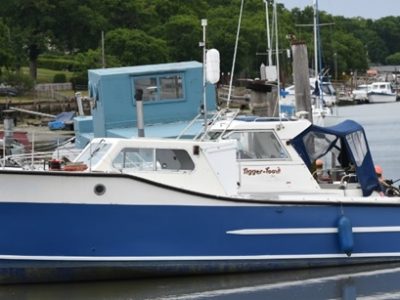