A man has been convicted of his part in a class A drug supply conspiracy in Oxfordshire, following an investigation by specialist officers from the South East Regional Organised Crime Unit (SEROCU).

Malachi Charles, aged 39, of Bartsia Road, Bicester, pleaded guilty on Friday (4/6) at Oxford Crown Court to conspiracy to supply class A drugs and perverting the course of justice.

The offences relate to Charles’ part in supplying large scale amounts of cocaine to the Oxford area between 14 May 2020 and 14 June 2020. Following the arrest of another man involved in the conspiracy who has since been convicted, Charles broke in to the man’s house prior to police arrival and removed material linked to the police enquiry.

Data, which came to light as a result of Operation Venetic, showed Charles’ key part in an organised crime group supplying cocaine.

He was charged in connection with the offences on 8 June 2020.

Investigating officer Detective Constable Tim Blanche from SEROCU, said: “The supply of drugs causes immeasurable harm in the South East and beyond.

“Charles was actively involved in the supply of cocaine within Oxfordshire, which causes misery to drug users and has a wider impact on those living in affected communities.

“Charles’ guilty plea is a result of the overwhelming evidence which was put in front of Charles, leaving him no option but to plead guilty.

“SEROCU is committed to continuing to bring those involved in these crimes to face the court process to seek justice.”

Charles was bailed to be sentenced at the same court on 1 July. 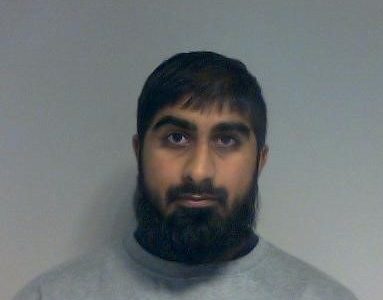